The poet George Herbert once said, “A contented man is one who enjoys the scenery along the detour.” He should know.

Herbert is well-known in the literary world as one of the foremost of British poets. His portrait is preserved in stained glass at Westminster Abbey. He’s a legacy in the United Kingdom.

Born into a wealthy and politically well-connected family, he graduated from Cambridge with multiple degrees and subsequently assumed a post where he would preach regularly to King James, Prince Charles, and other influential leaders of the day. His career future in the court was promising. Until he chose to leave position and wealth to become the pastor of a small church in Bemerton, England. He served them for the next three years until his death, at 39.

Hebert’s life, though not long, exemplified his words. He did “enjoy the scenery along the detour.” The testimony he left behind was that he was content with obscurity in serving the Lord by serving his church. Stephen Witmer believes that the key to Herbert’s contentment is captured in his poem, Elixir.

“This is the famous stone, that turneth all to gold:
For that which God doth touch and own
cannot for less be told.”

Herbert was content to live out his faith wherever the Lord placed him, knowing that, with God’s touch, the most mundane could be turned “to gold.” So should be our attitude as we commence our second week of lockdown.

Knowing the God behind it empowers us to “enjoy the scenery along the detour.” In the midst of what for many is a financial detour, listen to the words of Apostle Paul, “having food and clothing, with these, we shall be content’ (1 Timothy 6:11). For those who have been detoured into a place of isolation, listen to Paul, who was imprisoned, “I have learned that in whatever state I am, to be content” (Philippians 4:11). The writer of Hebrews wrote to those who were experiencing the detour from relationships and from resources. He exhorts, “Keep your life free from love of money, and be content with what you have, for he has said, ‘I will never leave you nor forsake you.’ So we can confidently say, ‘The Lord is my helper; I will not fear; what can man do to me?’” (Hebrews 13:5–6). In other words, though we would not choose this detour, God has, and we should learn to enjoy what he is showing us along the way.

“Enjoy” may seem a bit over the top but is it? James wrote, “My brethren, count it all joy when you fall into various trials, knowing that the testing of your faith produces patience. But let patience have its perfect work, that you may be perfect and complete, lacking nothing” (James 1:2–4). James is telling us that the destinationof our detour is something to be joyful about. So no, “enjoy,” is not over the top.

May we know the grace of God and be a contented people enjoying the scenery along this interesting detour. 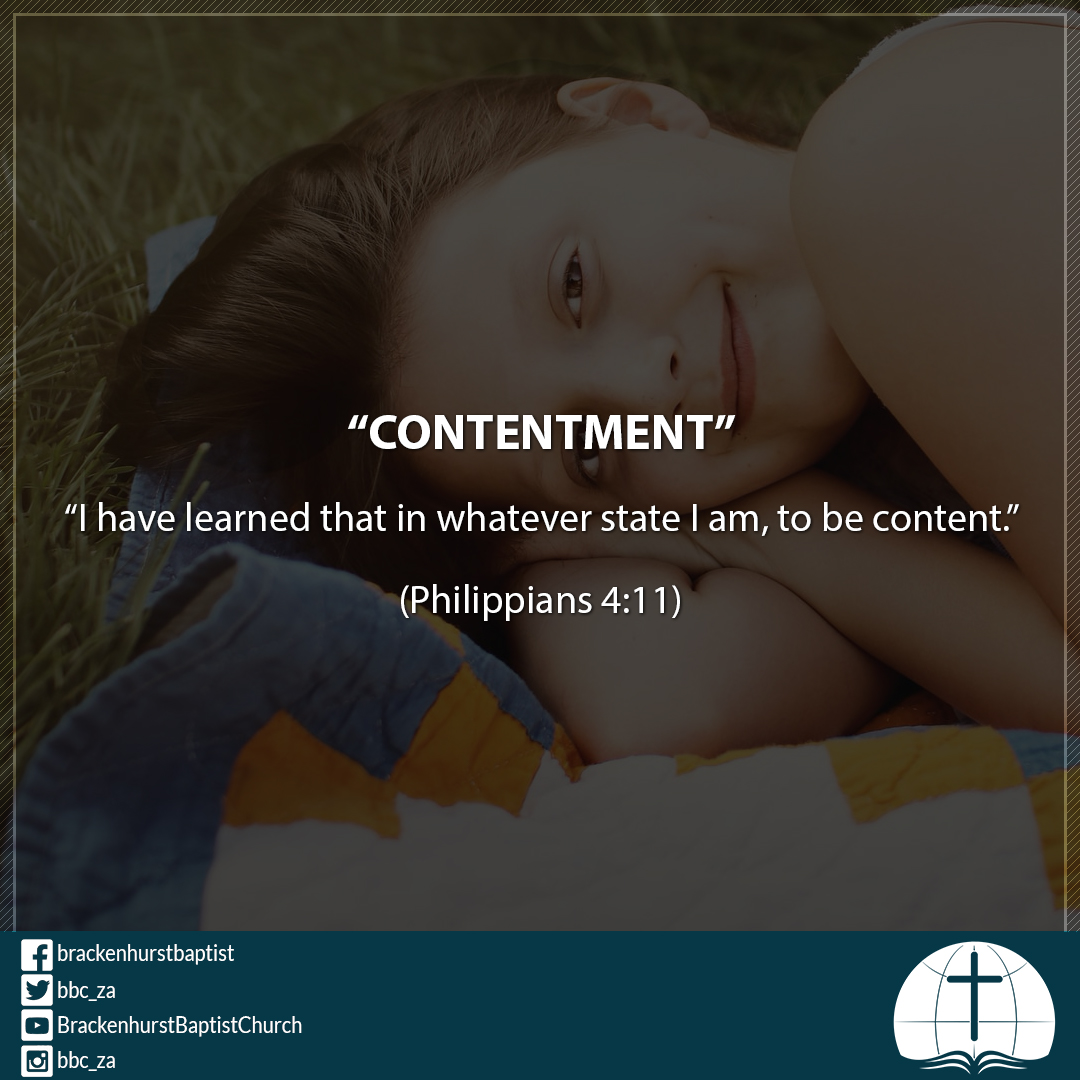